Guaido in Caracas during march in February 2019. Wife is by his side.

CARACAS – May 5, 2019  – According to Juan Guaido, who is missing and apparently in hiding, the attempt to overthrow Nicolas Maduro failed due to the lack of support for the opposition from the Venezuelan military, which they had counted on.

Guaido made these remarks in an interview with the Atlanticist newspaper The Washington Post from an undisclosed location.

Lopez, who was freed from house-arrest during the early morning hours of the first stage of the coup attempt by a crack commando team, himself fled to the Spanish embassy, being driven there by a vehicle from the Chilean embassy.

According to him, he “was counting on the addition of presidential powers” ceded by Maduro and the subsequent “massive transition of the military to his side,” but he miscalculated and this did not happen. At the same time, Guaido did not rule out that he would accept the intervention of the United States against his country, if such a proposal came from Washington.

“Thank you for this option, we will evaluate this proposal (on the US intervention) And, perhaps, consider it in Parliament to resolve this crisis. If necessary, we may approve it,”

However, it is important to note that the Guaido was stripped of his post in the parliament he refers to, the Venezuelan National Assembly, and so it is unclear exactly what parliament he refers to in this statement. It is more than likely that this is part of reinforcing some spectacle of legitimacy, which in reality has only decreased with time.

Please take a moment to consider supporting my journalism, as a Patron on Patreon

During a telephone conversation on May 3rd, the presidents of the United States and Russia discussed the situation in Venezuela. The conversation took place at the initiative of the American side, after which Trump openly broke with Bolton and Pompeo over their assessment of the Venezuela situation. “Putin is not looking to get involved in Venezuela, but is concerned about humanitarian problems in this country,” US President Donald Trump told reporters at the White House following a conversation with Russian leader Vladimir Putin .

Following the failed coup attempt against the President of Venezuela, Nicolás Maduro, supporters of the opposition held demonstrations which Juan Guaido called for, but himself failed to appear at.  It appears that on the balance, the Venezuelan people have reacted negatively to the recent call promoted this Saturday by the leaders of the coup to demonstrate in front of the main military barracks of the Bolivarian Republic.

The aim of this demonstration was apparently to shame the military leaders whom the U.S backed opposition were solidly going over to the side of the coup, but in the final moment were ordered by defense minister Vladimir Padrino, to stand down.

FRN earlier reported an in-depth analysis of the coup, which explained how Bolton and Abrams were ultimately misled by Padrino, that he would order troops to side with the coup. This appears to be a brilliant military-intelligence maneuver on the part of the Venezuelan authorities. The result is that all of the coup-involved military personnel were openly uncovered, and this resulted in the termination and arrest of several military personnel as well as the very head of the SEBIN Venezuelan intelligence service itself,  Manuel Ricardo Cristopher Figuera. 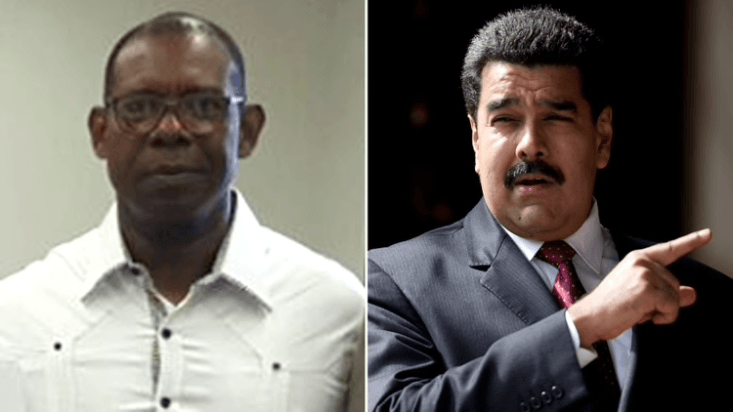 Figuera, the head of the Bolivarian Intelligence Service (SEBIN), is the highest-ranking member of the country’s security forces to break with Maduro since opposition leader Juan Guaidó called for a military uprising Tuesday morning.

In the letter, the authenticity of which was confirmed to The Associated Press by a U.S. official, Figuera wrote that while he always had been loyal to Maduro, “the time has come to seek new ways of doing politics” to try and “rebuild the country.” The letter did not mention Guaidó by name but did say that Venezuela has experienced a damaging decline.

Maduro announced subsequently that the new director of the SEBIN would be Gustavo Gonzalez Lopez.

Given that it has now been openly exposed that the very head of the Bolivarian Intelligence Service, SEBIN, itself was compromised at the top, it is likely that Gustavo Gonzalez Lopez, who nominally was relieved of duty in the same post last year, was operating secretly as the de facto head of intelligence. This would have been the case while Figuera was used to organize and collaborate with the U.S in such a way that could be contained and countered without Figuera’s own knowledge.

Minister of Defense, Vladimir Padrino, as FRN reported, was also supposed to go along with the coup, but unlike Figuera, was trusted by Maduro and Gustavo Gonzalez Lopez.

Supporters of the Venezuelan opposition held their demonstration without Guaido on Saturday as the government security forces protected their small protest from a general public increasingly outraged at the the opposition protests which are transparently urged by the U.S.  The protest was relatively small in comparison to their previous demonstrations, which was a major blow to the opposition as they were looking to retain some legitimacy and save face after their failed coup.

The main objective of the call made by Juan Guaidó,  which he inexplicably did not participate in, was to convince the military command to ditch President Maduro and side with him. The troops listened to the statements of the opposition and reiterated their loyalty to their homeland and President Maduro.

In a clip that has gone viral, military personnel are shown setting fire to an ‘order’ from Guaido to join the ranks of the coup army, an army which in reality failed to be realized and therefore cannot be said to have really existed.

During the opposition’s protest on Saturday, a much larger rally in honor of Dialogue and Rectification Day was held in Caracas. The participants held the rally in order to promote a plan to optimize social action in coordination with the government. FRN wrote a critical, constructive piece of both Telesur’s coverage as well as the low turn-out of the April 30th counter-coup protests. At the time, it appeared that various pro-Venezuela media used stock photos of larger demonstrations to create the spectacle of a large anti-coup outpouring. While the vast majority of Venezuela’s population oppose the opposition’s shift to violence and coup tactics, the April 30th pro-government mobilization at Miraflores Palace numbered no larger than the low thousands.

FRN will continue to monitor these events and report on the whereabouts of Guaido. That Venezuelan media are reporting his ‘disappearance’ is itself a psychological warfare operation that should be lauded for its utility and timeliness. This is a classic ‘order to appear’ maneuver, in which Guaido’s legitimacy rests upon his ability to show ‘proof of life’. He is therefore placed in the conundrum of answering this ‘order to appear’ by making a public appearance to rebuild his credibility – as absence is associated with fear and shame – yet making an appearance could lead to his arrest. His other option, also bad, is to ‘remain in hiding’, which indicates a sense of guilt, culpability and a loss of strength and legitimacy in the public’s eye. 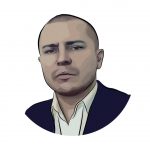 Joaquin Flores is Editor-in-Chief of Fort Russ News, as well as the Director of the Belgrade based think-tank, the Center for Syncretic Studies. Educated at California State University, Los Angeles, in the field of International Relations, he previously served as Chief Negotiator and Internal Organizer in several jurisdictions for the SEIU labor union in California. Flores has twenty years experience in community, labor, and anti-war organizing. Flores has appeared regularly on Iran’s ‘PressTV’ and Russia’s ‘RT’ news to share his expert opinion and analysis on current geopolitical matters.