An important element of this colossal corruption of politics is America’s so-called news media which plays a crucial role in concealing and propagating the psy-ops.

Just look at US conduct over the past year with regard to geopolitical rivals, foes and even supposed allies. American behaviour is that of a hegemon and tyrant that brooks no dissent. Ultimatums, economic sanctions, threats of punishments, threats of annihilation, actual military intimidation. These are all forms of aggression or low-intensity warfare. In the case of Iran or Venezuela, the warfare is approaching the brink of all-out violence.

Amazing—or perhaps logical—that an organization that uses the symbols of the American state is also the most criminal organization on the planet.

To think this is a development peculiar to the Trump presidency is a grave mistake. US foreign policy was always prone to aggression and warfare, certainly since the Second World War. Ever since the GW Bush administration in the early 2000s, the US has degenerated into a permanent state of aggression, often involving waging simultaneous wars. Now under Trump, US belligerence is manifest in every aspect of policy. It has become all-consuming.For the US, there seems to be no longer any diplomacy or foreign relations. It’s a winner-demands-all attitude underpinned by the latent or sometimes not-so-latent threat of military destruction. In short, the US is behaving as a fascist power. There’s no frills or cosmetics to hide the ugly truth of it. It’s simply full-on fascist power in your global face.

Washington threatens China with economic torpedoes if Beijing doesn’t do as Washington demands to rectify America’s own internal economic failings. Beijing is labelled a cheat, telecom spy and backslider by boorish American politicians whose slanderous claims are amplified by the US media, rather than critically examined. In addition, the US sends warships to Chinese territory by way of reinforcing the threat. 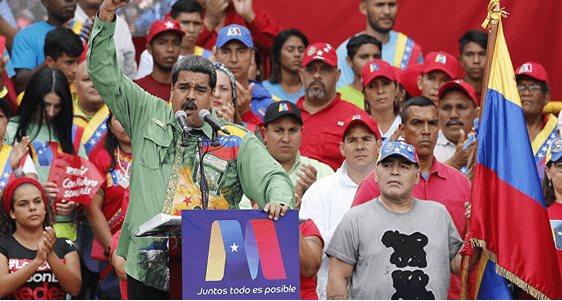 Venezuela’s Pres. Maduro, heir to Pres. Chavez’ mantle as leader of the Bolivarian revolution. has long been in the crosshairs of the Washington mafia and its media whores.

Washington slaps economic sanctions on Russia based on farfetched claims of Russian meddling in US elections. No proof obligated. Even when a two-year investigation by a special counsellor finds no evidence of Russian conspiracy, the slander against Moscow continues unabated across the American establishment and media. In his visit to Russia this week, US Secretary of State Mike Pompeo insisted to President Vladimir Putin that Moscow “does not interfere in elections again”. This unproven slander keeps being repeated to undermine Russia and keep it under American-led sanctions. Again, as with China, US military threat is also at hand in the form of NATO expansion along Russia’s borders or tearing up arms control treaties and installing nuclear weapons in Europe.

“US policy is nothing short of low-intensity warfare against the whole planet. US “foreign policy” is nothing more than a continuous program of psychological operations.  An important element of this colossal corruption of politics is America’s so-called news media which plays a crucial role in concealing and propagating the psy-ops...To think this is a development peculiar to the Trump presidency is a grave mistake. US foreign policy was always prone to aggression and warfare, certainly since the Second World War…”

Washington beats up its European allies with threats of economic punishments if they don’t toe the line with regard to doing business with Russia for natural gas supply, or for implementing legitimate trade relations with Iran under the 2015 international nuclear accord, which the US unilaterally trashed.

Such threats are a violation of the UN Charter. It is a crime of aggression established by the Nuremberg trials of Nazi leaders. How is American “exceptionalism” somehow exempt?

Iran is currently in US cross-hairs. Already assailed by American economic warfare, the Islamic Republic is facing imminent US military assault. Washington has threatened Iran many times over the years with air strikes – again always in blatant violation of international law.

Now the US has sent nuclear-capable B-52 bombers to the Persian Gulf to hit Iran with “unrelenting force” if it is perceived, or rather “framed-up”, to endanger “American interests”.The psy-war stage of US policy has become full-blown and terminal.

Washington’s international credibility has all but imploded into the dust of its own paranoia and self-serving propaganda. No-one, except for Israeli cronies or Saudi despots, believes anything Washington pronounces on. Even normally dutiful lackeys in the European Union are incredulous about Washington’s latest attempts to start a war against Iran.

The Europeans bought Washington’s nonsense about “supporting democracy” in Venezuela. They rolled over to entertain the Trump administration’s preposterous coup plans in Caracas against elected President Nicolas Maduro. 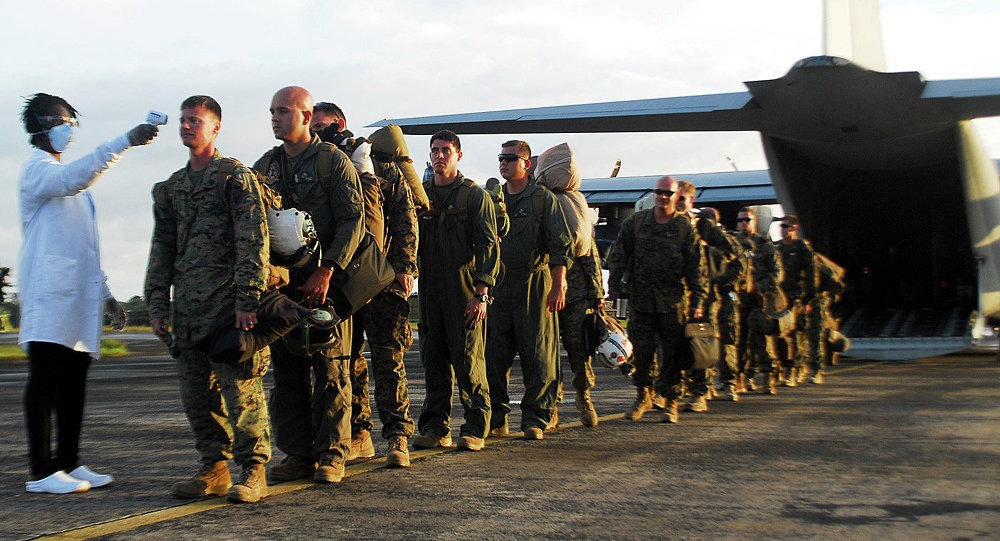 Within weeks of that sputtering US charade, the American psy-ops moved on to Iran without skipping a beat. But no-one of sane mind can possibly go along with the febrile fabrications of warmongers like John Bolton and Mike Pompeo – no matter how much US media indulgence they are afforded for their fantasies of “Iran threatening American interests”.

Surely too, ordinary, hard-working Americans, impoverished and brutalized by their own oligarchic rulers, are also beginning to see through the tyrannical travesty that American government has become. 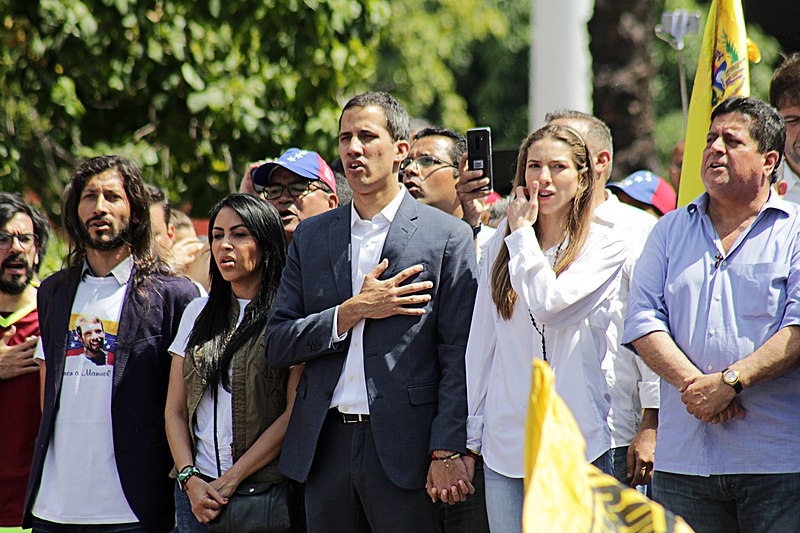 Guaidó at anti-Maduro march in February 2019. Flanked by wife.

The collapse of the American empire has been a long time coming. Its genocidal, criminal wars all around the world over the past seven decades have always been proof of its hegemonic fascist tendency. As the empire’s corporate capitalist economy slips increasingly into moribund decay, the last desperate resort for sustenance is full-on, constant use of American military aggression against the rest of the world.   In order to get away with that audacious malignancy,  US foreign policy has had to become, by necessity, one giant relentless psy-ops of lies and distortions.

ABOUT THE AUTHOR
Finian Cunningham has written extensively on international affairs, with articles published in several languages. He is a Master’s graduate in Agricultural Chemistry and worked as a scientific editor for the Royal Society of Chemistry, Cambridge, England, before pursuing a career in newspaper journalism. He is also a musician and songwriter. For nearly 20 years, he worked as an editor and writer in major news media organisations, including The Mirror, Irish Times and Independent. Winner of the Serena Shim Award for Uncompromising Integrity in Journalism (2019).