Upon reading the Financial Times article, “Isis fighters struggle on return to Balkan states,” you might almost forget the Islamic State in Iraq and Syria (ISIS) was and still is a hardcore terrorist organization guilty of some of the most heinous terrorism carried out in the 21st century.

In a village in the Kosovar countryside, Edona Berisha Demolli’s family have gathered to celebrate her return from Syria where she and her husband fled to six years ago to fight for Islamic militants Isis.

“I am exhausted,” said Ms Demolli, as her relatives served guests slices of celebratory chocolate and vanilla cake and children played in the yard. “I thank God, the Kosovo state, and the US for bringing me home,” she said, referring to the pressure Washington put on countries to take their fighters back from camps across the Middle East and the logistical assistance they provided to that end.

The Financial Times would note that some 300 Bosnians joined ISIS and that Kosovo has set up barracks to accommodate returning fighters.

The article would end by quoting Besa Ismaili, a lecturer at Kosovo’s Faculty of Islamic Studies:

“You don’t have to approve of what they did, but you have to reach out to them to prevent further radicalisation, and their children need to develop a bond to the country.”

It is difficult to imagine how extremists who left their home country to fight alongside ISIS could be yet “further radicalized.”

We can suppose “further radicalization” might mean a second deployment in yet another of Washington’s proxy wars around the globe. It could be argued that returning fighters who receive assistance in reintegrating into society and escaping any real consequences for their actions will do very little to dissuade them or others in their community from doing it again. 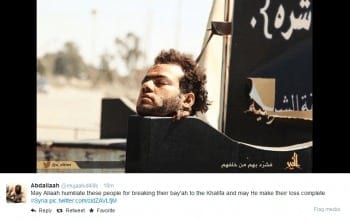 The Financial Times in its sympathetic narrative begets questions surrounding an inescapable truth regarding the central role the United States and its allies played in facilitating the transfer of foreign extremists to and from the battlefield in war-torn Syria.

The article specifically mentions (and through the words of a former extremist, thanks) the US for its logistical assistance in returning ISIS militants to their respective countries.

We can only imagine if terrorists invaded the United States, killed Americans, destroyed American infrastructure and fought against US troops, just how slighted Washington would feel if a foreign nation intervened and spirited these terrorists away, especially back to their countries of origin and beyond Washington’s ability to exact justice.

But that is precisely what the US has denied Damascus.

The US aiding terrorists in their return to the Balkans will come as no surprise to anyone familiar with the real rather than feigned relationship between Washington and Al Qaeda whom ISIS is merely a rebranded offshoot of.

In the 1990s as the US meddled in the Balkans, it provided weapons and aid to the so-called “Kosovo Liberation Army” (KLA), an analogue to the so-called “Free Syrian Army” in Syria today. Both were nothing more than public relations fronts. Behind it were regional Al Qaeda affiliates.

The Wall Street Journal in a forgotten 2001 article titled, “Al Qaeda’s Balkan Links,” would lay out the truth behind KLA:

By early 1998 the U.S. had already entered into its controversial relationship with the KLA to help fight off Serbian oppression of that province.

While in February the U.S. gave into KLA demands to remove it from the State Department’s terrorism list, the gesture amounted to little. That summer the CIA and CIA-modernized Albanian intelligence (SHIK) were engaged in one of the largest seizures of Islamic Jihad cells operating in Kosovo.

Fearing terrorist reprisal from al Qaeda, the U.S. temporarily closed its embassy in Tirana and a trip to Albania by then Defense Secretary William Cohen was canceled out of fear of an assassination attempt. Meanwhile, Albanian separatism in Kosovo and Metohija was formally characterized as a “jihad” in October 1998 at an annual international Islamic conference in Pakistan.

Nonetheless, the 25,000 strong KLA continued to receive official NATO/U.S. arms and training support and, at the talks in Rambouillet, France, then Secretary of State Madeleine Albright shook hands with “freedom fighter” Hashim Thaci, a KLA leader. As this was taking place, Europol (the European Police Organization based in The Hague) was preparing a scathing report on the connection between the KLA and international drug gangs. Even Robert Gelbard, America’s special envoy to Bosnia, officially described the KLA as Islamic terrorists.

The US arming extremists through dubious “liberation fronts?” US diplomats’ lives being in danger from the very extremists their government is sponsoring? America’s own envoys describing the very people Washington is backing as “terrorists?” These are all now well-established, familiar themes seen repeating themselves again and again from Libya where a US consulate was in fact attacked and a US ambassador killed, to Syria where the “Free Syrian Army” turned out to be little more than window dressing for Al Qaeda and ISIS and now back to the Balkans where the US is already seeding the ground for future proxy wars.

Articles like those appearing in the Financial Times today or the Wall Street Journal years ago all but lay out the truth before the American public, but apparently more compelling is contemporary political rhetoric of “fighting terrorism” or backing “liberation fronts” on humanitarian grounds.

Behind the rhetoric, the US has recruited and armed terrorists to fight its wars everywhere from Afghanistan in the 1980s, to the Balkans in the 1990s, to southern Russia in the early 2000s, to Libya and Syria from 2011 onward. Even as the US poses as “victor” over ISIS in Iraq and Syria, it has spent its time ferrying fighters back to Europe where they can escape Iraqi and Syrian justice, recuperate, radicalize others in their community and be fully prepared for the next time Washington’s needs call upon them.

ABOUT THE AUTHOR
Gunnar Ulson is a New York-based geopolitical analyst and writer who writes often for the online magazine “New Eastern Outlook”.