Vice President Rosario Murillo reported that the land will be officially turned over for the construction of the new hospital in the city of Leon on June 20, the anniversary of Leon’s founding. The Oscar Danilo Rosales Hospital will be the largest in the country with an area of 35,685 meters, 461 beds and an investment of 105.8 million dollars. 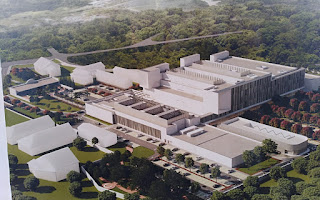 This is what the new Leon Hospital will look like. 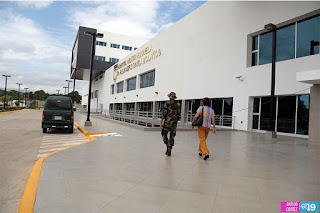 The new hospital, along with surgery, will have many specialties: physical therapy, psychiatry, ophthalmology, neurology, pulmonology, maxillofacial surgery, oncology, nephrology, among others. It will also have rehabilitation services, chemotherapy, hemodialysis, tomography, endoscopy, intensive care, transplants and examinations with nuclear magnetic resonance equipment will be offered.

These are not empty promises. During the sixteen years (1990-2006) of the three neoliberal governments that plundered the country, only 4 hospitals were built while the population almost doubled. Since 2007 the Sandinista government has already built 16 modern hospitals for the population. 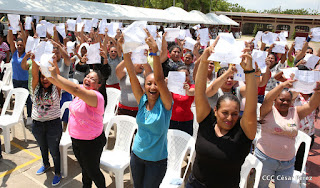 On June 10 and 11 amnesty was awarded to all the criminals who participated in violence in 2018. But because complaints about prisoners get them articles in international media the opposition has come up with a list of 80 new delinquents they say are political prisoners. They say that’s why they don’t sit down to negotiate with the government. The reality is that those 80 were in prison before the attempted coup. But the Sandinista government releases prisoners all the time. Two weeks ago 200 women prisoners were given “family coexistence”. Yesterday, it was announced that a thousand people in the different penitentiary establishments will be awarded “family coexistence” on Father’s Day, June 23.

Since the time of the right-wing governments, it has been customary every year to release a certain number of people sentenced to less serious crimes. The Sandinista government has followed this policy, and since 2016 (long before the coup violence) released larger groups of people with sentences up to five years for less serious crimes. Last December, more than 1,000 prisoners were released in this way; in April of this year, at least 636 inmates were released.

“That is the definition that our Superior Law gives to the penitentiary system: we have a system based on rehabilitation, as expressed in our Magna Carta. In Nicaragua, the penitentiary system is humanitarian and has as its objective the transformation of the person in order to reintegrate him/her into society”, explained Congressman Carlos Emilio López on humanitarian measures implemented by the government. 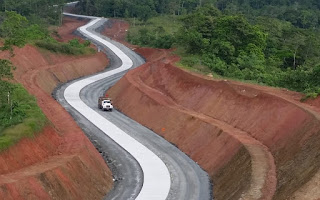 Road from Managua to Bluefields on Nicaragua’s Caribbean Coast

More important news of the day: The Minister of Transport and Infrastructure, retired general Oscar Mojica, highlighted on June 19 in the television program “Revista En Vivo” that the new road to the Nicaraguan Caribbean Coast recently inaugurated by the Sandinista government, unites the country from ocean to ocean opening infinite possibilities for commerce.

This road, together with the construction of the new port of Bluefields, for the first time in history, will allow the Pacific and Atlantic coasts to be connected in an agile way so that goods can be transported from coast to coast in just eight hours.” This is a milestone in the economic development of our country and of Nicaraguan families. The Caribbean region will benefit the most, but benefits will radiate to the whole country,” said the minister.

None of this news is broadcast by the international media. You won’t find it easily on Google either. But it is the reality of what is happening in Nicaragua today.