Last week it was all fire and brimstone. The US was threatening more sanctions on Iran, the Brits were seizing oil tankers and Iran was violating the JCPOA.

This week things look different all of a sudden. An oil tanker goes dark while passing through the Strait of Hormuz, the story fails to get any real traction and the US allows Iranian Foreign Minister, recently sanctioned, to do his job at the United Nations.

Trump then holds a cabinet meeting where he reiterates that “We’re not looking for regime change. We want them out of Yemen.”

I thought National Security Advisor John Bolton said the US would apply pressure until “the pips squeak.”

Where the pips are squeaking is on the Arabian Peninsula, not across the Persian Gulf in Bandar Abbas. Specifically, I’m talking about the United Arab Emirates. The UAE sent a delegation to Tehran recently that coincided with its partial withdrawal of troops from Yemen.

That meeting, according to Elijah Magnier, focused on Emirates realizing they are in the middle of this conflict, up to their skyscrapers.

So, with the Houthis successfully striking major targets inside Saudi Arabia and the UAE abruptly pulling forces out, the war in Yemen has reached a critical juncture. Remember, the Republican-controlled Senate approved a bill withdrawing support for the war back in March, which the White House had to veto in support of its fading hopes for its Israeli/Palestinian deal pushed by Jared Kushner.

But things have changed significantly since then as that deal has been indefinitely postponed with Israeli Prime Minister Benjamin Netanyahu facing a second election this fall after he failed to secure a stable coalition.

After that there was the failed economic conference in Bahrain in June where Kushner revealed the economic part of the plan to a half-empty room where only the backers of the plan showed any real support.

And that’s the important part of this story, because it was Kushner’s plan which was the impetus for all of this insane anti-Iran belligerence in the first place. Uniting the Gulf states around a security pact leveraging the U.S/Israeli/Saudi alliance was part of what was supposed to pressure the Palestinians to the bargaining table. 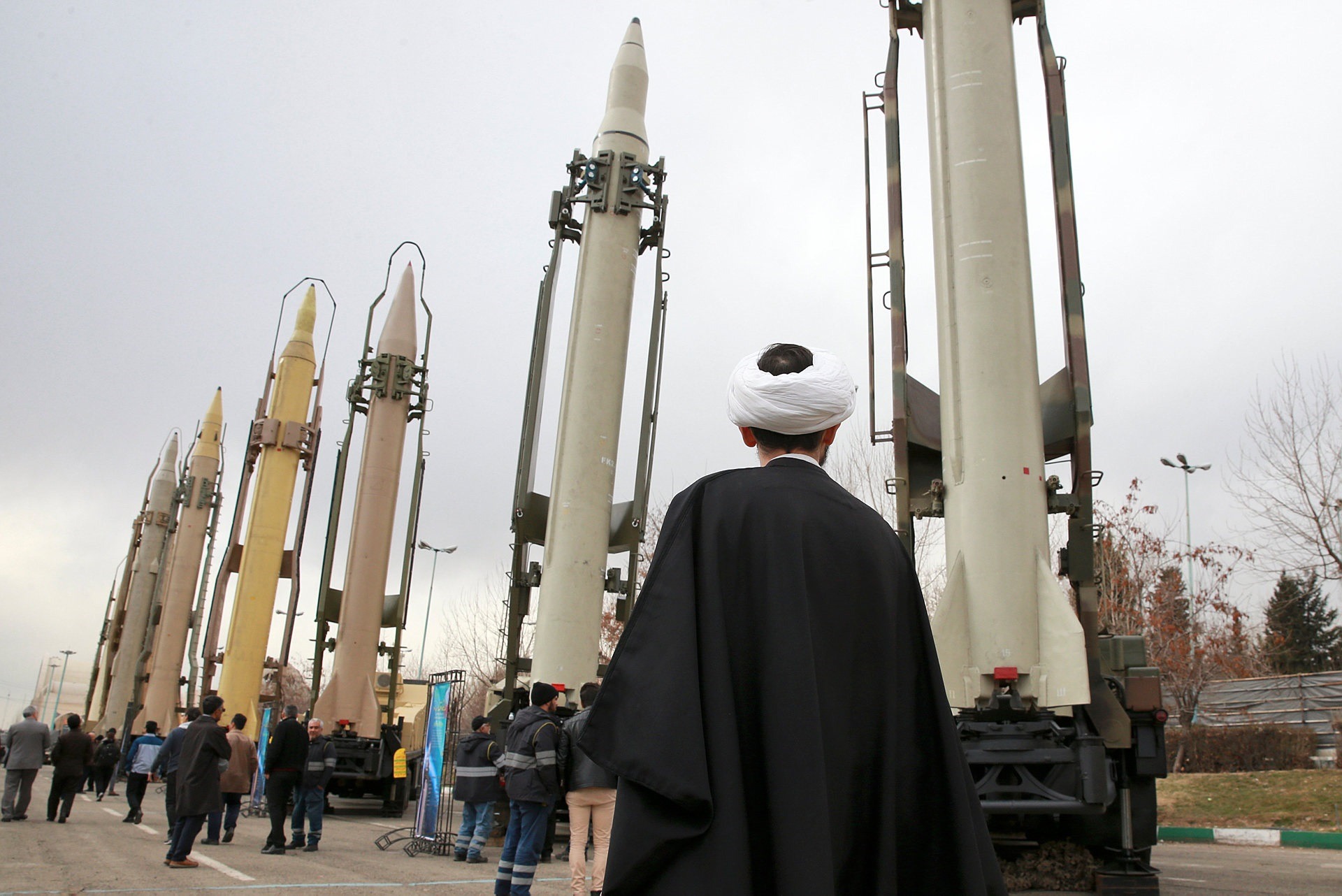 Iran cleric looks at domestically produced missiles. Iran has developed a significant expertise in this area of defensive logistics and armaments.

By placing maximum economic sanctions on both Hezbollah in Lebanon and Iran while continuing to foment chaos in Syria was supposed to force Israel’s enemies to fold under the pressure which would, in turn, see the Palestinians surrender to the will of Kushner and Bibi.

The problem is, it didn’t work. And now Trump is left holding the bag on this idiotic policy which culminated in an obvious provocation when Iran shot down a $220 million Global Hawk surveillance drone, nearly sparking a wider war.

But what it did was expose the US and not Iran as the cause of the current problems.

Since then Trump finally had to stand up and be the grown-up in the room, such as he is, and put an end to this madness.

The UAE understood the potential for Iran’s asymmetric response to US belligerence. The Saudis cannot win the war in Yemen that Crown Prince Mohammed bin Salman began. The fallout from this war has been to push Qatar out of the orbit of the rest of the Gulf Cooperation Council, cutting deals with Iran over developing the massive North Pars gas field and pipelines to Europe.

What’s telling is that Trump is making Yemen the issue to negotiate down rather than Iran’s nuclear ambitions. Because it was never about the nuclear program. It was always about Iran’s ballistic missile program.

And Secretary of State Mike Pompeo would have us believe that for the first time Iran’s missile program is on the negotiating table. I have no idea if that’s actually true, but it’s a dead giveaway that it’s what the US is after.

Trump tweeted about this nearly two years ago, confirming this link. I wrote about it when he did this.  Nearly everything I said about North Korea in the blog post is now applicable to Iran. This was why he hated the JCPOA, it didn’t actually stop the development of Iran and North Korea into nuclear states. 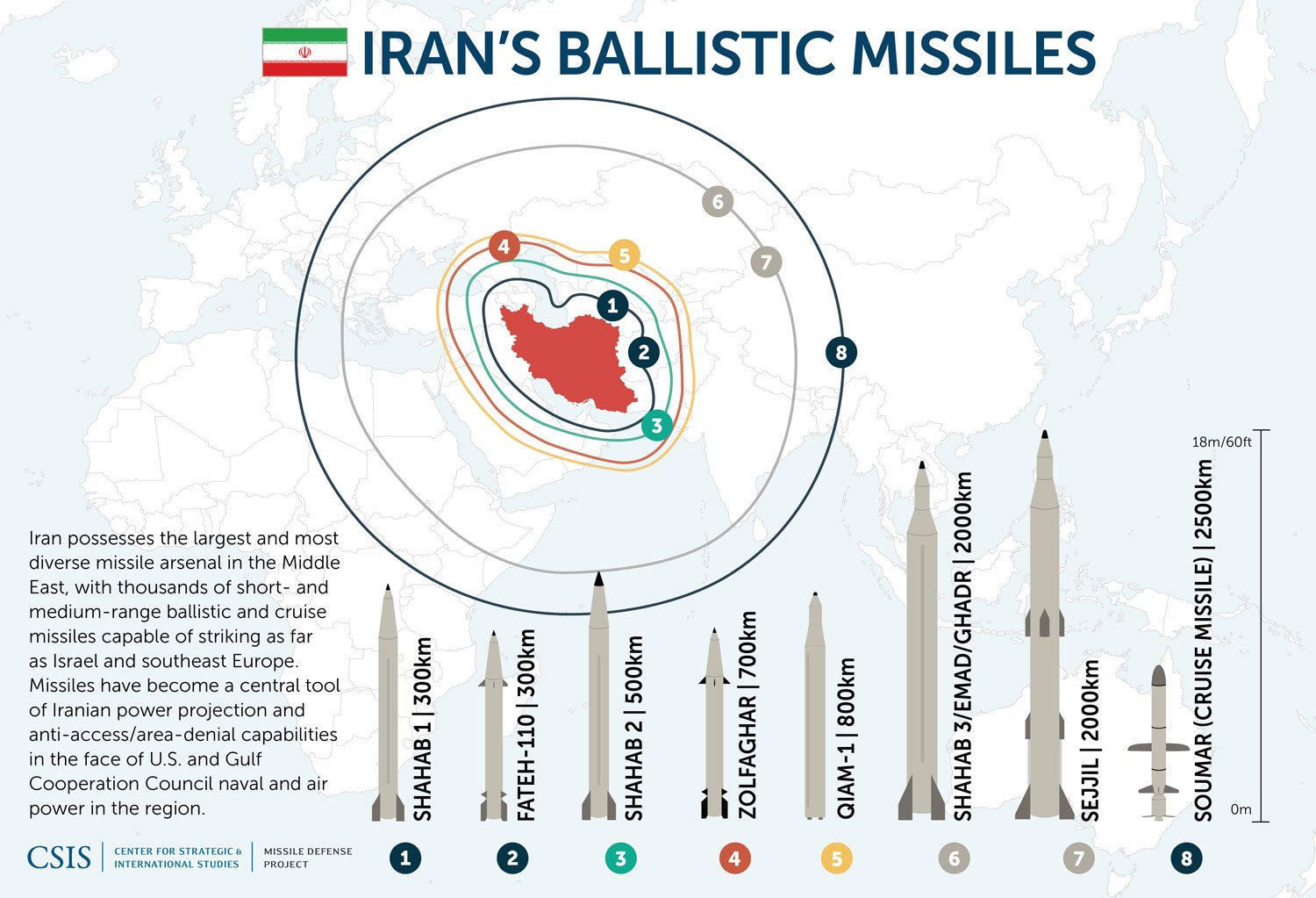 But tearing up the deal was the wrong approach to solving the problem. Stop pouring hundreds of billions of dollars in weapons to the region, as Iran’s Foreign Minister Javad Zarif pointed out recently, is the problem. By doing this he took both Russian President Vladimir Putin and Chinese Premier Xi Jinping off his side of the table.

Now he stands isolated with only the provocateurs – Israel, the U.K., Saudi Arabia – trying to goad him forward into doing something he doesn’t want to do. And all of those provocations that have occurred in the past month have failed to move either Trump or the Iranians. They’ve learned patience, possibly from Putin. Call it geopolitical rope-a-dope, if you will.

I said last month that the key to solving Iran’s nuclear ambitions was solving the relationship with North Korea. Trump, smartly, went there, doing what only he could do, talk with DPRK Chairman Kim Jong-Un and reiterate his sincere desire to end proliferation of nuclear weapons.

He can get Iran to the table but he’s going to have to give up something. So, now framing the negotiations with Iran around their demands we stop arming the Saudis is politically feasible.

Trump can’t, at this point, back down directly with Iran. Yemen is deeply unpopular here and ending our support of it would be a boon to Trump politically. Trading that for some sanctions relief would be a good first step to solving the mess he’s in and build some trust.

Firing John Bolton, which looks more likely every day, would be another.

He’s already turning a blind eye to Iranian exports to China, and presumably, other places. I think the Brits are acting independently trying to create havoc and burnish Foreign Secretary Jeremy Hunt’s resume as Prime Minister against Boris Johnson. That’s why they hijacked the oil tanker.

But all the little distractions are nothing but poison pills to keep from discussing the real issues. Trump just cut through all that. So did Iran. Let’s hope they stay focused.

A dispatch by Southfront  / The Saker

The Quds-1 cruise missile was the staple of the show. Previously, it was believed that the missile was derivative from the Iranian Soumar cruise missile, developed from the Soviet Kh-55 cruise missile. However, the new photos reveal that the Quds-1 has different design, like the top-mounted turbojet engine and the static wings. The missile’s engine appears to be identical to the TJ-100 produced by Czech’s PBS Velká Bíteš.

The Houthis have not revealed the Quds-1 characteristics. However, it is believed that it has a range of more than 150km. The missile likely relays on an inertial navigation system aided by a satellite navigation system such as GPS.

Some sources speculated that the missile could be equipped with some sort of terrain contour matching system. This would allow the missile to fly on low altitude and remain undetected by the enemy’s radars.

The Quds-1 cruise missile was used against Abha International Airport on June 12 and the al-Shuqaiq Water Desalination and Power Plant on June 19.

The exhibition also provided a closer look at the Badr-F precision-guided tactical ballistic missile, which was for the first time on April 16. Photos of the missile show that it has a bigger diameter than its predecessors, the Badr-1 and the guided Badr-1P. The missile size is closer to that of the Soviet OTR-21 Tochka. However, its design lines are different.

Earlier, the Houthis said that the Badr-F has a range of up to 160km and armed with a heavy warhead equipped with a proximity fuze. The missile explodes 20 meters above the center of the designated target and scatters some 14,000 pieces of shrapnel in a circular area with a radius of 350 meters.

Missiles of the Badr-F type have been used in several successful attacks on the Saudi-led coalition and its proxies since April. The most recent attack targeted a military camp of Saudi-backed forces in the Yemeni province of Ma’rib.

The design of the Samad-1 reconnaissance UAV is identical to that of Hezbollah’s Mirsad UAV. The Lebanese group displayed a UAV of this type in the Museum for Resistance Tourism in southern Lebanon last year. The Samad-1 appears to be equipped with an electro-optical reconnaissance system along with two data links, likely for control and live broadcast.

The Samad-3 design follows the same lines as the first generation. However, the UAV is equipped with what appears to be a conformal fuel tank. The Samad-3 is a suicide UAV designed to strike targets located behind the enemy lines.

On July 26, 2018, the Houthis targeted Abu Dhabi International Airport in the UAE with a Samad-3 UAV. The airport is located more than 1,500km away from the Houthi-held areas in western Yemen.

The Qasef-2K UAV, introduced for the first time last January, was among the revealed weapons. The Qasef-2K design is identical to that of the Qasef-1, which is a copy of the Iranian Ababil-2, according to a report of the Conflict Armament Research group.

The Houthis’ missile and UAV capabilities have grown significantly since the start of the Saudi-led invasion of Yemen. These capabilities allow the resistance movement to carry out successful attacks on infrastructure and military targets belonging to the Saudi-led coalition.

Tom Luongo is an independent political and economic analyst based in North Florida, USA