Little by little, Syria is putting her beautiful body back together.

By “B”, Crossposted from  MOON OF ALABAMA

The recent financial turbulence in the oil markets and the global depression will have a large impact on the conflicts in the Middle East.

Last night the Iraqi parliament elected a new prime minister. Mustafa al-Kadhimi is seen as a technocrat with a good track record and politically neutral to all sides. His cabinet includes a number of experienced people who are known for effective work.

Astonishingly both, the U.S. and Iran, have supported Kadhimi.

Great to speak today with new Iraqi PrimeMinister Mustafa al-Kadhimi. Now comes the urgent, hard work of implementing the reforms demanded by the Iraqi people. I pledged to help him deliver on his bold agenda for the sake of the Iraqi people.

Congratulations to Prime Minister @MAKadhimi, his Cabinet, the Parliament and most importantly the people of Iraq for success in forming a new Government.

Iran always stands with the Iraqi people and their choice of administration.

Kadhimi has lots of work waiting for him. The low oil price means that Iraq’s budget will have a huge deficit. It will have to borrow a lot of money most likely from the IMF. The money may come with U.S. conditions.

There has recently been a wave a small ISIS attacks. The Jihadis were equipped with night vision devises. There is strong suspicion that the U.S. is again using ISIS to pressure the government.

The U.S. wants Iraq to take a position against Iran and the Iraqi militia which Iran sponsors. But Kadhimi can not do that without losing support in the parliament. Iraq also depends on Iranian energy.

The military situation in Syria has changed little. The ceasefire in Idleb governorate seems to hold. Russian and Turkish troops patrol on parts of the M4 highway after Turkey had some harsh exchanges with the Jihadis from Hayat Tahrir al-Sham who had tried to prevent the patrols. Turkey will have to get rid of the Jihadis, who have led the war against Syria from its very beginning, one way or another.

Throughout the last months Russian foreign policy grandees and oligarchs had published essays that argued that the Syrian government had to look more at the economic situation in Syria, which is very bad, instead of pushing for military solutions. It was not fully clear what they were aiming at. 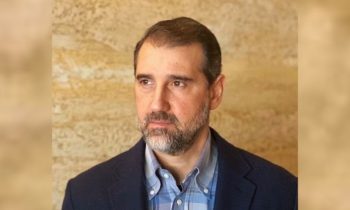 Then a conflict between President Assad and Syria’s prime oligarch Rami Makhloufbroke into the open. Danni Makki digs into the whole saga. Makhlouf is a maternal cousin of Assad. Whoever wanted to do business in Syria during the war had to go through him. He sponsored his own militia and charity. Makhlouf, the richest man in Syria and owner of Syriatel and lots of other companies, has now been pushed aside. But he is fighting back.

Makhlouf has little chance to win. In 2017 the Jabar brothers, also oligarchs with their own militia, were also getting too interested in their personal profits and power. Riam Dalati tells their story and how they were unceremoniously moved aside.

Assad’s position is now stronger then ever and Russian companies will  now be happy to do business in Syria without a Mr. Five Percent in between.

Turkey, working together with Qatar, has hired some 10,000 Syrian ‘rebels’ to fight in Libya on the side of the Government of National Accord and its Jihadi militias. The GNA troops have been trounced by the Libyan National Army under General Haftar. Turkey has also sent its own troops with Turkish made drones to attack Haftar’s position. But most of the drones were shot down immediately. The UAE, which supports Haftar’s LNA, has now sent 6 Mirage fighter jets to Egypt and uses them to bomb GNA and Turkish positions in Tripoli and Misrata.

The ‘rebels’ Turkey hired have taken a lot of casualties but have not yet received their promised money. That news has reached Idleb were further recruitment efforts by Turkey now fail to gain traction.

The Turkish Lira continues to fall. The Central Bank, under control of wannabe Sultan Erdogan, had spent more than $25 billion to prevent the Lira from breaking the barrier of 7 Lira per U.S. Dollar. It is now at 7.2 Lira/US$ and sinking further. The 44 year old Turkish Finance Minister Berat Albayrak is Erdogan’s son in law and unqualified for the job. The Fed has rejected a request from Turkey for a swap agreement that would have provided the country with more U.S. dollar. Those are urgently needed:

S&P Global estimated on Wednesday that Turkey’s economy needs to refinance close to $168 billion over the next 12 months. That equates to 24% of the country’s GDP.

The record-low lira makes it more costly for the country’s government and companies to pay back their dollar-denominated debt. That $168 billion of short-term external debt and only $85 billion in gross FX reserves means the so-called “coverage ratio” is only around 50%, one of the lowest of any emerging- market economy.

Erdogan can (again) ask the Emir of Qatar to step in but the sum he needs is larger than what Qatar might be willing or able to provide. That leaves the IMF as the only way out. But after previous IMF loans to Turkey and the harsh austerity measures that came with them any talk of IMF loans in Turkey is political poison and a sure way to lose elections.

Erdogan will have to cut his losses in Libya and Syria as these conflicts have become economically unsustainable.

The Ponzi scheme the Central Bank of Lebanon had used for 30 years to bind the Lebanese Pound to the U.S. Dollar has finally fallen apart. Within months the pound fell from 1.500 per US$ to now below 4.000 per US$. Everybody who had money in a Lebanese bank has lost most of it. Lebanon’s riches of the last 30 years are gone. The country needs a new business model which will be difficult to find. Ehsani explains how it came to this.

Today the U.S. announced that it is removing its Patriot missiles from the country. Two fighter squadrons in the area will also leave. The U.S. navy will recall some ships from the Persian Gulf region. In early April Trump had threatened the Saudis with such measures if they failed to reduce their oil output and to thereby raise the global oil price. Some output was reduced but the old price is falling further for a lack of demand.

Without U.S. protection a further Saudi war against the Houthi in Yemen will become untenable.

All the above countries are also massively affected from the current pandemic. This probably less from death in their relatively young populations than from the economic consequences that will lead to more poverty and hunger.

If there is a winner of all these crises in the region it is Iran.

“b” is Moon of Alabama’s founding (and chief) editor.  This site’s purpose is to discuss politics, economics, philosophy and blogger Billmon’s Whiskey Bar writings. Moon Of Alabama was opened as an independent, open forum for members of the Whiskey Bar community.  Bernhard )”b”) started and still runs the site. Once in a while you will also find posts and art from regular commentators. You can reach the current administrator of this site by emailing Bernhard at MoonofA@aol.com.