By b, Moon of Alabama

THE POWER OF DISINFORMATION: We bet 95% of the US public will never hear about this, nor fully understand it if they see it.

On April 7 2018 Syrian ‘rebels’ claimed that the Syrian government used chlorine gas and Sarin in an attack on the besieged Douma suburb near the Syrian capital Damascus. They published a series of videos which showed dead bodies of mainly women and children.

The claim of the ‘chemical attack’ was made shortly after U.S. President Trump had announced that he wanted U.S. troops to leave Syria. It was designed to “pull him back in” which it indeed did. In an illegal ‘retaliation’ the U.S., Britain and France launched a number of cruise missiles against Syria. Most of them failed to reach their targets.

Moon of Alabama published a number of pieces on the issue which are listed below.

It seemed obvious from the very first claims of the ‘gas attack’ that it did not happen at all. The Syrian government had no motive to use any chemical weapon or an irritant like chlorine in Douma. It had already won the battle. The incident was obviously staged, like others before it, to drag the U.S. into a new attack on Syria.

Of special interest on the incident scene were two gas cylinders which were photo- and video-graphed near to where the dead bodies were found. It was claimed that the cylinders were dropped from Syrian army helicopters and crashed through concrete roofs. One cylinder allegedly ‘bumped’ after completely penetrating the roof and came to rest on a bed. The other cylinder allegedly broke a roof open and came to rest on a balcony. 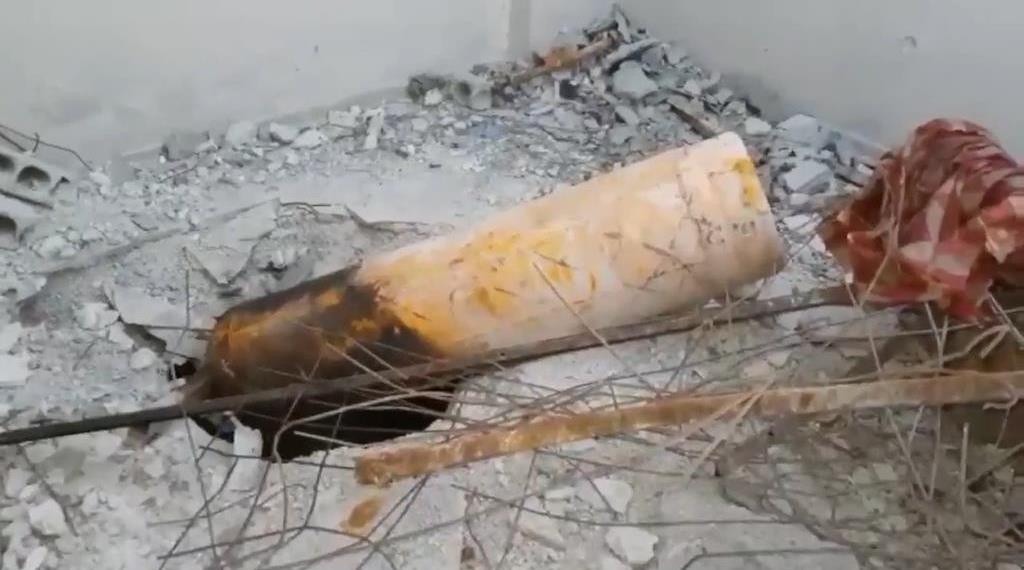 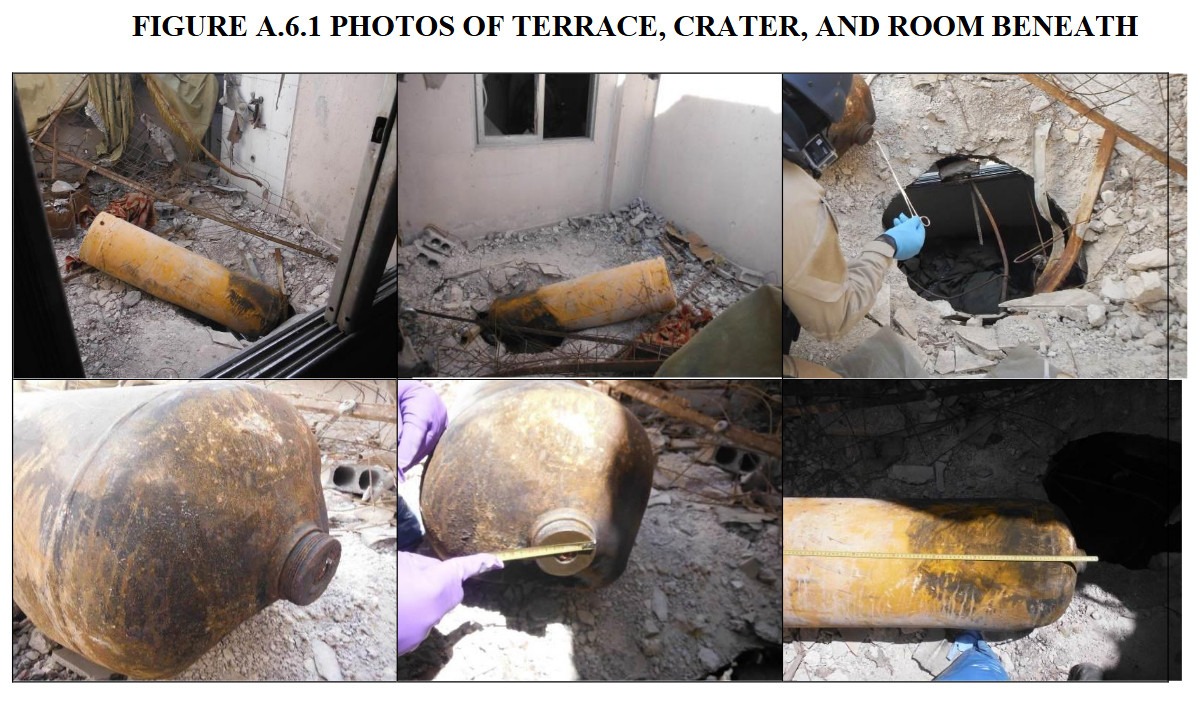 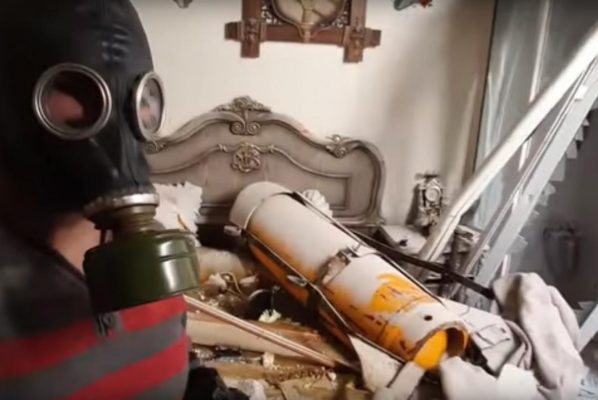 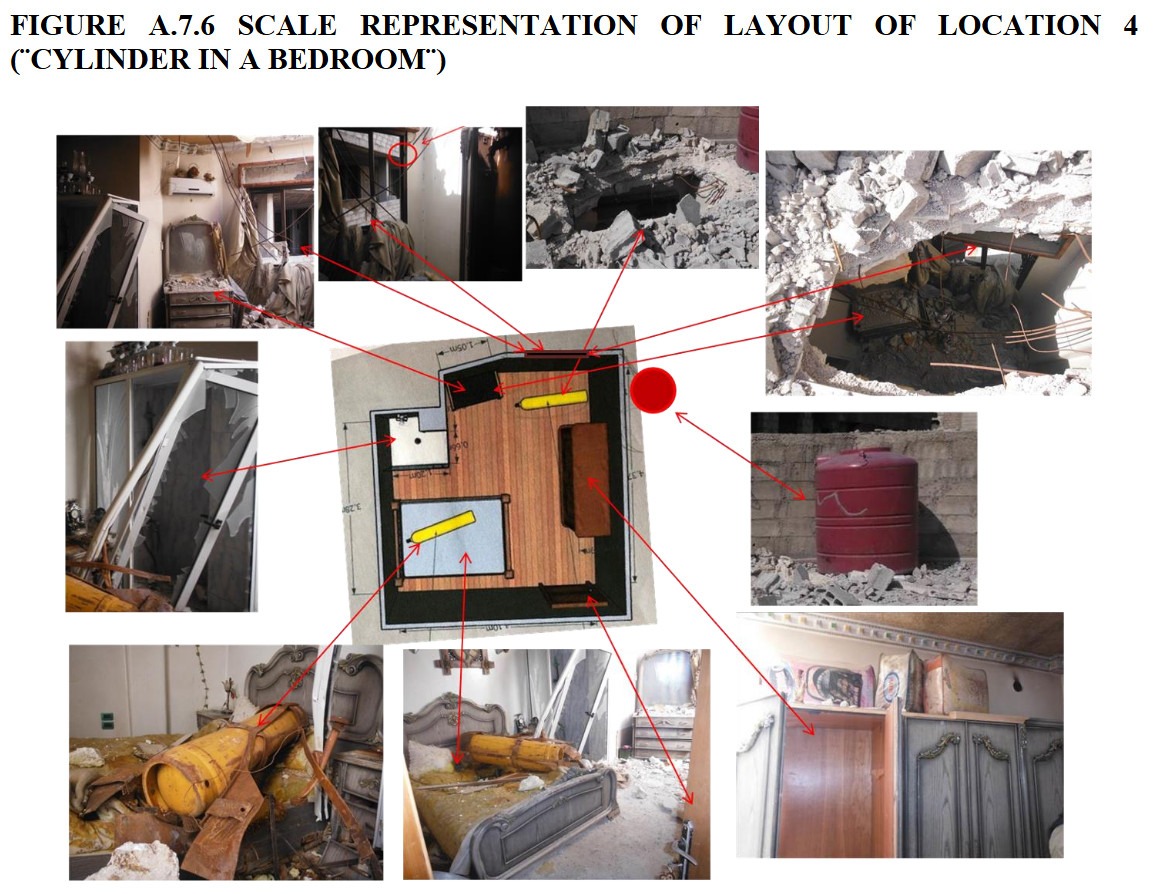 Shortly after the incident the NATO aligned propaganda group Bellingcat asserted that the cylinders were dropped from helicopters. In June 2018 the New York Timespublished a rather laughable virtual crime scene analysis of the Douma incident. Neither included an engineering assessment of the impact forces and the related damages on the cylinders and roofs. Neither had visited the scene. From observing superficial visual markings both falsely concluded that the gas cylinders were dropped from helicopters.

The Organisation for the Prohibition of Chemical Weapons (OPCW), which sent a Fact Finding Mission to the scene to investigate the case, made a detailed engineering analysis of the impact and damage. But the results of the engineering assessment were left out of its mealy-mouthed and inconclusive final report (pdf).

Now the Working Group on Syria, Propaganda and Media obtained a copy of the 15 pages long OPCW Engineering assessment of two cylinders observed at the Douma incident – 27 February 2019 (pdf).

32. At this stage the FFM engineering sub-team cannot be certain that the cylinders at either location arrived there as a result of being dropped from an aircraft. The dimensions, characteristics and appearances of the cylinders and the surrounding scene of the incidents, were inconsistent with what would have been expected in the case of either cylinder having been delivered from an aircraft. In each case the alternative hypothesis produced the only plausible explanation for observations at the scene.33. In summary, observations at the scene of the two locations, together with subsequent analysis, suggest that there is a higher probability that both cylinders were manually placed at those two locations rather than being delivered from aircraft.

The engineering assessment confirms our earlier conclusion. The whole scene as depicted by ‘rebels’ and propaganda organs was staged. The more than 34 dead on the scene where murdered elsewhere under unknown circumstances.

In its discussion of the OPCW engineering assessment and its suppression by the OPCW management the Working Group states:

The new information we have removes all doubt that the organization has been hijacked at the top by France, UK and the US. We have no doubt that most OPCW staff continue to do their jobs professionally, and that some who are uneasy about the direction that the organization has taken nevertheless wish to protect its reputation. However what is at stake here is more than the reputation of the organization: the staged incident in Douma provoked a missile attack by the US, UK and France on 14 April 2018 that could have led to all-out war.The cover-up of evidence that the Douma incident was staged is not merely misconduct. As the staging of the Douma incident entailed mass murder of civilians, those in OPCW who have suppressed the evidence of staging are, unwittingly or otherwise, colluding with mass murder.