“Mao killed 80 million of his own people” is often repeated, used as “proof” of the evils of communism. Regarding this claim, here is a very brief historical account towards potential objective reassessment.  By 20th Century, monarchic rot, foreign domination, and many wars had reduced a millennia-old center of world economy and culture to a land of poverty, misery, and death. In 1921 Sun Yat-sen famously remarked that the fate of the Chinese people will likely be the same as that of the native Americans.

In 1950, when the Communist Party took the helm after the liberation of China from its many slavers, average life span was 35 years; 20% of population was addicted to opium; and literacy rates was something like 14%.

In 1976, at the end of Maoist era, merely 26 years later, average life span had doubled to 70; the opium problem was eradicated; and literacy levels had gone up to around 80%.

This was a man, a revolutionary, a socialist, who worked day and night, and dedicated his life to the freedom and health of his country from dynastic corruption, genocidal colonial rule, brutal capitalist oppression, and the resultant social diseases. What possible motive did Mao Ze Dong have for “killing 80 million of his own people”?

In 1960, 10 years after the successful revolution and victory against the rightists, the communist party was wildly popular. And then the famine occurred, caused by many factors:

35–42 million is the accepted figure In serious scholarship for victims of the “Great Chinese Famine”. But this also includes the 24 million natural deaths during those 3.5 years (7million per year), as well as 4 million deaths directly caused by weather, floods, droughts, etc. So the higher realistic estimates of victims of famine is around 7–14 million, and the lower estimate, which new scholarship seems to favour, is 3.5 million, which is not at all worse than the toll of the previous famine of 1907, or those during the 19th Century and earlier.

Even if we use the highest exaggerated and very inaccurate count of 35–42 million, that was around 5–6% of China’s then total population of 654 million.

• US invasion and carpet bombing of North Korea in 1950 killed 20% of population.

• French colonialists in Vietnam caused two million or 7% of the population to starve to death in 1945 during an episode of drought.

• The United States massacred 7% of the Filipinos, starting in 1898, when it colonised that island country.

• Ireland lost 25% of its population during the British-legislated Great Potato Famine Genocide 1845–1853.

• Murder, war, and disease from colonisation caused the deaths of 80–90% of native American populations.

“The point is, in historical perspective, yes, 5–6% of the Chinese population lost during the Great Leap Forward period was a tragedy, which Beijing officially accepts. But it is by no means unusual, as an event nor in its magnitude.” — Jeff J. Brown

Because the people understood very clearly that the bulk of blame for the suffering that they experienced could not be placed on the Communist Party. And because there was immediate government response in the form of massive nationwide relief programs and rescue missions.

And some years later, Mao was already bed-ridden and very ill, when revolutionary passion had tipped overboard into zealotry and witch hunts during the Cultural Revolution, largely engineered by the infamous Gang of Four. While the ordeal likely did have some positive effects on society in the long run, in eliminating residual decadent, bourgeois, classist, sexist, etc., mentality, most of the Chinese population is more critical than approving of that episode, as is the CCP. But that is maybe subject for another time. (Please examine our special series on this topic by associate editor Ramin Mazaheri. See for example,  Ending a Cultural Revolution Can Only Be Counter-Revolutionary (7/8).

However, today, it is crucial to understand that none of the recent epic and amazing strides of modern China would be possible without the liberation won and foundations built by the communist party under the leadership of Mao Ze dong.

This is all well documented information from serious historians, but remains unaccessible, and replaced with wild exaggerations, gross distortions, and utter falsehoods. Those born into capitalist centers and its spheres of influence, the global majority, grew up breathing such fictions about communism and communist leaders like air.

It saddens and pains me to see good people, whose hearts are in the right place, through no fault of their own, believing and repeating these insidious lies.

Merely some years ago, I was one of them. 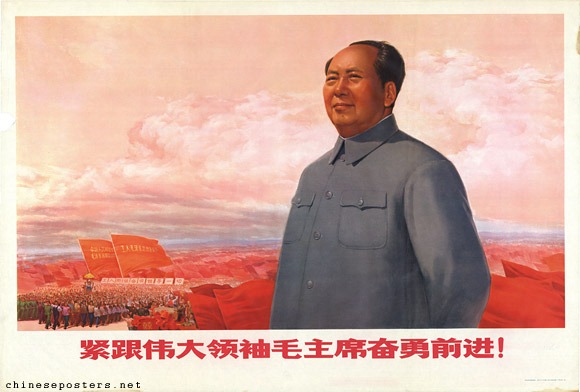 Thanks to Ramin Mazaheri, Jeff J. Brown, Mike Davis, Andrew Cobb, and many others.

Daring to go beyond Western propaganda on the Great Leap Forward’s famine
by Ramin Mazaheri for the Saker Blog Between 108 BC and 1911 AD there were no fewer than 1,828 recorded famines in…thesaker.is

Monthly Review | Did Mao Really Kill Millions in the Great Leap Forward?
Joseph Ball lives in England and has been involved in political activism and trade union activism for twenty years. His…monthlyreview.org

On China and Africa: