Tucker vs Neocon Max Boot, who calls him cheerleader for Russia

I regard the video above as timeless, for it represents the virulent dishonesty and invariable insanity underwriting US foreign policy as framed by a huge warmongering establishment thirsting for global hegemony at any cost, not to mention constant war as a form of vast enrichment and Keynesian economic stabilisation.

In this toxic Manichean world constantly reproduced by thousands of well paid academic and media prostitutes, freelance propagandists, and numerous Pentagon hacks and hanger ons, Russia, China or any power obstructing America’s absolute supremacy is automatically assigned the label of “enemy”, a status deserving all out demonisation and, naturally, utter “neutralisation”.  Considering how groundless the expressed fears of this crowd are, we are forced to wonder if these people’s declarations are for real, the product of deformed minds or outright whorishness, as they are all recruited and thrust into the public spotlight by virtue of their utility to the interests and beliefs of the 0.0001%, a puny but cancerous segment of humanity who already own the government, the media, academia, and all other instruments of policy-making and thought control, and who definitely aim to keep it that way.

So, let’s be clear about it. We are talking here about a crowd pushing policies that threaten our lives, indeed all planetary life, via probable nuclear war, a threat that grows with each passing day as russophobes (plus sinophobes and more recently iranophobes) are allowed to command the heights of informational access to peddle contemptible if not deranged views with impunity.  These hacks —as we are painfully aware—are routinely accorded precious mass media space and deference by the whores manning our media system.  (Before you reach for your pitchfork, keep in mind the hosts of these programs, the people you see on the tube, are just the tip of the iceberg; there’s a multitude of other people responsible for this radioactive effluvia, from the media owners and big sponsors to these corporations’ top executives, producers and editors, all of whom remain comfortably in the shadows while their well paid underlings do the visible hatchet jobs).

But even in a huge pile of filth—which is what the American media and foreign policy establishment really is—some stand out for their sheer virulence, and few are as industrious or ubiquitous as Russian born russophobe extraordinaire Max Boot.  For reasons almost lost in the mists of time, a significant number of Jews from Eastern Europe apparently carry a deep grudge against all things Russian. This is thankfully not the norm, by any means, as much of America’s progressive vanguard (which at one time included the CPUSA) has also been the product of Jewish American organising and heroic agitation (they formed the backbone of much union building and the “white” civil rights movement, for example), but these days, largely due to the magnetic pull exerted by a ziofascistic Israel, far too many Jews have drifted to the right or simply become totally absorbed into the fraudulent faux progressive politics of the Democrat party.  [In Britain and France we see parallel developments.] Others have simply found in rightist politics a far more rewarding occupation.

By their quotes thou shalt know them

The following reflects Boot’s toxic thinking on international relations. The rightweb.irc-online has this nugget to ponder: 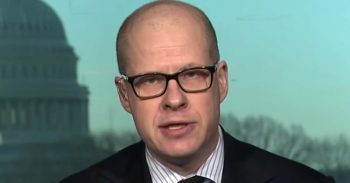 Max Boot is a neoconservative writer and military historian. A steadfast supporter of aggressive U.S. interventionism, Boot is a senior fellow at the Council on Foreign Relations, where he holds a security studies position named after the late Jeane J. Kirkpatrick.[1]

Boot, like some other neoconservatives, has been a staunch opponent of Donald Trump, both as a candidate for president and since his election. He has criticized many aspects of Trump’s foreign policy, including his approach to Russia. In March 2018 appearance on MSNBC, he said, “At every turn Trump is undercutting the ‘get tough on Russia’ message because he just can’t help himself, he just loves [Vladimir] Putin too much.”[2]

Rise of the Neocons: Trotkyist apostasy
Among Jews who drifted rightward (or converted to the Right) Neocons occupy a place of dubious distinction. While many influential neocons are NOT Jewish, including moral idiots and sociopaths like George W Bush, John McCain, Donald Rumsfeld, Dick Cheney, George Schultz, and others, most of the guiding intellectual lights were and remain apostate Trotskyists—anti-Stalinist leftists and later Zionist Jews who also sport dual Israeli-American citizenship, a material fact conveniently swept under the media rug but, I imagine, of some interest to those “patriots” continually obsessing about undue foreign meddling in our sacred democracy.  (Care to comment, Adam Schiff?).

This bunch is politically very active, and as expected, enjoy privileged positions in America’s and Western Europe’s media and policy making apparatus.  But, to return to our original question: Why the everlasting animosity toward Russia? Maybe it’s all those pogroms under the czar, hideous persecutions we can only hope are now safely confined to history, but, if we’re talking pogroms, why the hatred for Russia alone?Poland, too, along with other nations, notably Ukraine and the Baltics, also have a long and shabby history of brutal pogroms. The Szczuczyn pogrom, for example, to mention just one incident, was the massacre of some 300 Jews in the community of Szczuczyn carried out by its Polish inhabitants in June 1941 after the town was bypassed by the invading German soldiers in the beginning of Operation Barbarossa. (This  massacre has the curious distinction of having been stopped by German soldiers. Of course we know what happened later). Maybe the Jewish neocons cannot focus their ancestral hatreds on Poland, or the Ukraine, as these countries are now part of NATO’s battering ram against Russia, and thereby mighty useful strategic assets to the empire.

In any case, I thought this encounter in 2017 between Tucker Carlson and Max Boot (1)who has since apparently fled to the Democrat fold, and literally abjured his allegiance to the Right (even writing a book about it), was compelling because it shows in stark relief Boot’s thick hide, and infinite capacity to mouth with passionate conviction one imperial lie after another, a talent in great demand to push US foreign policy propaganda. As he trades body blows with Carlson, Boot is clearly not terribly concerned about losing his meal ticket, no matter how outrageous and dishonest his pronouncements.  Indeed, no fierce propagandist for endless war or American exceptionalism is ever wanting for job offers in the gargantuan soft power machinery of the West, and Boot is walking breathing proof of that. (2)

NOTES
(1) Russian born, Max A. Boot is an American author, consultant, editorialist, lecturer, and military historian. He worked as a writer and editor for Christian Science Monitor and then for The Wall Street Journal in the 1990s. He is now Jeane J. Kirkpatrick Senior Fellow in National Security Studies at the Council on Foreign Relations.
(2) Never Trumper/Russiagater David Corn, Mother Jones’ Washington DC bureau chief did an interesting interview with a contrite Boot in November 2018. (We Need to Destroy the Republican Party”: A Conservative Luminary Calls for a Clean Start). In this surprising interview Boot comes across as a repentant former hawk, even willing to criticize John Bolton for his sociopathic confidence in “preventative wars”:

David Corn: You were a golden boy of conservative punditry. You joined the Wall Street Journal editorial page in 1994 at 24. You were the op-ed editor four years later. You became a contributing editor to the Weekly Standard and a blogger for Commentary. You were in neocon heaven—a fellow at the Council on Foreign Relations, an adviser to John McCain in 2008 and Mitt Romney in 2012. You were one of the major voices in favor of the Iraq War. And in your forthcoming book, you write with great introspection and humility, “I can finally acknowledge the obvious: It was all a big mistake. Saddam Hussein was heinous, but Iraq was better off under his tyrannical rule than the chaos that followed. I regret advocating the invasion and feel guilty about all the lives lost.” I mean, Max, this is almost, maybe it is, an apology. What brought you to that point?

Max Boot: Well, it’s basically that I could not deny reality indefinitely. Anybody looking around Iraq today can see it is not the democratic paradise that George Bush and Dick Cheney and others promised in 2003. I’m certainly not the only one who has confessed their errors here. John McCain did before his death. But many right-wingers have stuck to their guns rather stubbornly. And I think the only way you’re going to improve US foreign policy and set a sound course for the future is if you’re willing to look back at what went wrong before. One of the lessons I draw from the Iraq War is be pretty darn careful about launching preventative conflicts. And that’s not a lesson that everybody has learned. For example, John Bolton, before he became national security adviser, was arguing in favor of preventative military action against both Iran and North Korea, which I think is crazy. I certainly got a big one wrong in the case of Iraq.

About the author(s)
Londoner C Herbert Tully, a history buff and supporter of Jeremy Corbyn and Brexit, is now a resident of York, where he works as a sculptor.