HELP ENLIGHTEN YOUR FELLOWS. BE SURE TO PASS THIS ON. BREAKING THE EMPIRE’S DISINFORMATION MACHINE IS UP TO YOU.

Editors’ Note: I belong to a small group of people deeply interested in China’s rise and transformation, and the implications of this reality for the rest of the world.  Many in this group (China Writers Group, or CWG) are experts on China affairs in their own right, and reside in the Far East, including China, Thailand, Taiwan, etc. Others come from Australia, the empire’s glaring outpost now for China containment and provocations in the immediate region, an ideally positioned territory  for imperial “forward bases”, along with Japan and Korea. Obviously, the most important “implication” of China’s enormous success is that the Western empire, led by the US, has finally taken notice of Beijing’s new stature with a vengeance, and seems determined to snuff it out by any means necessary. Right now we are watching a war that is chiefly hybrid (culturo-informational) hence the nonstop and mounting barrage of often ridiculous Chinese demonizations, and also economic, in the form of a savage trade war implemented by Trump (including deliberate acts of sabotage and threats by the US coalition), but so far not so much “kinetic”, although the saber rattling has also been increasing dangerously in the East Asia region, since Obama initiated his mealy-mouthed named “pivot to Asia” strategy. Recently Evan Jones, an Australian member of the group, reprinted a thought-provoking excerpt from a mail post authored by one Shao Wei Hua, said to be a Taiwanese from the United States. Unfortunately, efforts to find the original link to the essay, have proved futile. Here’s Shao’s assessment of the current situation, as relayed by Evan, who provides his own intro deck to the material, plus additional commentary by him on a related matter.—PG

Why China and the United States must have a war

For those of us who are on the lookout for viewpoints that differ from our own, here is an interesting analysis by an AOC (American Overseas Chinese):  Shao Wei, a Taiwanese from the United States, talks about why China and the United States must have a war. Shao Weihua (YST) graduated from the Department of Mathematics, National Taiwan Normal University, with a Ph.D. in Mathematics from Michigan State University in the United States. He used to be an assistant professor of mathematics at George Mason University in the United States. Shao Weihua is a Taiwanese American who is presently engaged in radar-related work.  He provides two very valuable perspectives. One is to look at the Chinese revival from the perspective of the military industry. The other is the dark side of white people’s hearts, & what whites think of the rise of the yellow race.

From ancient times to the present, from animals to humans, whenever a new boss wants to replace an old boss, a conflict will surely erupt. This is a natural law and no one can defy it.

Although China has always claimed a peaceful rise, Americans never believe in it, nor do others believe it.
The general trend now is: the decline of the United States is a foregone conclusion, and the rise of China is unstoppable.
Time is on the Chinese side, so the United States must provoke conflict as soon as possible, and find something to fix China if it is fine, otherwise it will be too late.
The biggest problem in the United States is the dollar debt crisis. The US has more than twenty trillion dollars of debt.
This number is still rising. If interest rates continue to rise, the United States will soon be unable to pay interest.
Under such circumstances, why is the United States not willing to reduce military spending?
That is because superior military strength is a guarantee against debt collection.
Just like a bully in the village who owes a debt. The reason why he is fine so far is that others can’t beat him up.
If others can beat him, he will be beaten and crippled. Military superiority is the basis of its hegemony. 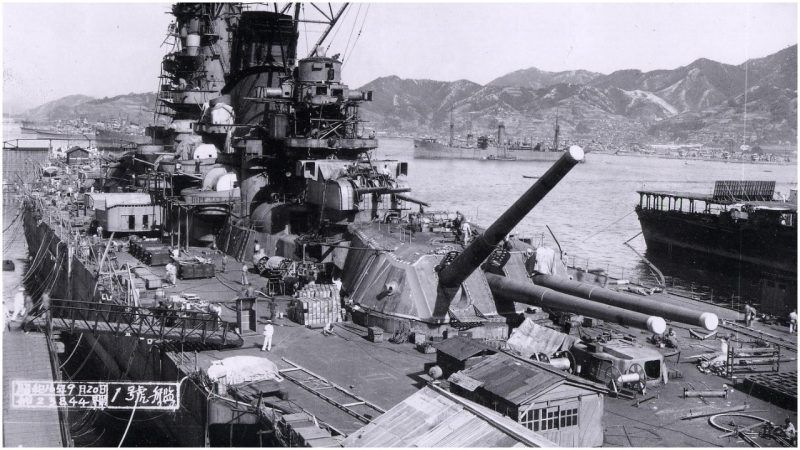 A Yamato-class battleship—the largest ever built of its type. Made obsolete by aircraft carriers.

How does American military hegemony project itself? By relying on its aircraft carrier combat groups.

BTW, another email pal wondered why China is so busy  building up a modern navy.  Good question; it took a bit of thinking about history to figure out why.

P.H. wrote:> A (South China Sea) conflict is totally unnecessary because China doesn’t have anything to gain from trying to have disputes with its customers.

Yes, a big reason for China’s entire BRI program is to set up alternate routes that bypass the S China sea. e.g.

– More than one container train an hour now departs China for Europe,– There are oil and gas pipelines that run between the Bay of Bengal inBurma and Yunnan.

– The Karakorum Highway from Xingjiang to the Arabian Sea.

> so China had no reason to build a large navy in the first place.

A logical next step in the Wests’ efforts to stymie China’s relentless economic growth, will be the modern day equivalent to Queen Elizabeth’s Letters of Marque, which empowered privateer warships to stop and plunder enemy cargo ships on the high seas. This has already started happening. So China sees a modern navy as a deterrent to help prevent its customers having their cargoes plundered on the high seas. 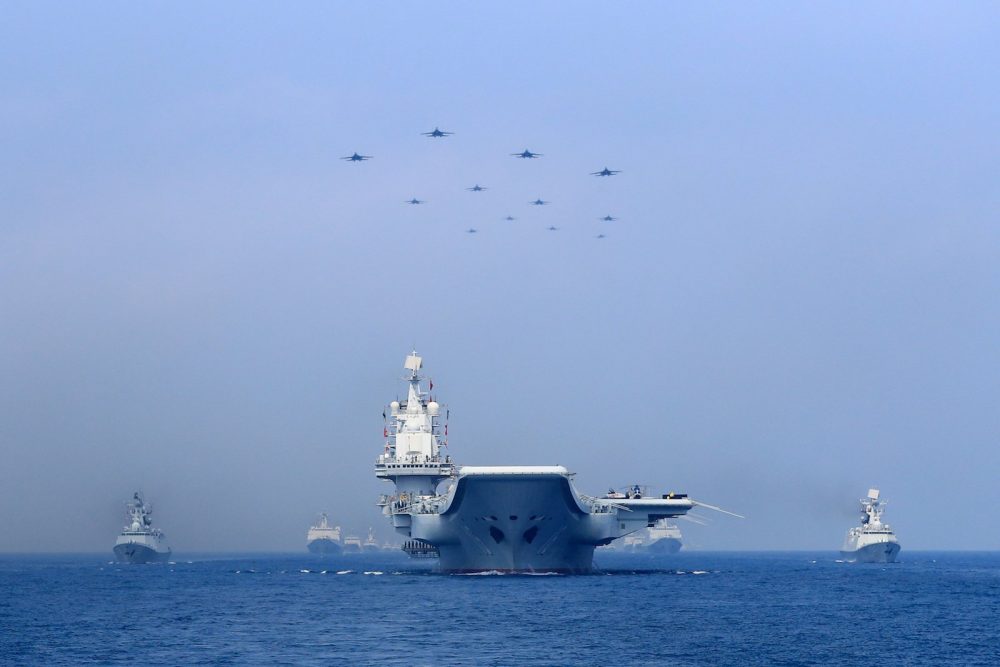 History does tend to repeat itself.

ALL CAPTIONS & PULLQUOTES BY THE EDITORS NOT THE AUTHORS

This work is licensed under a Creative Commons Attribution-NonCommercial 4.0 International License.